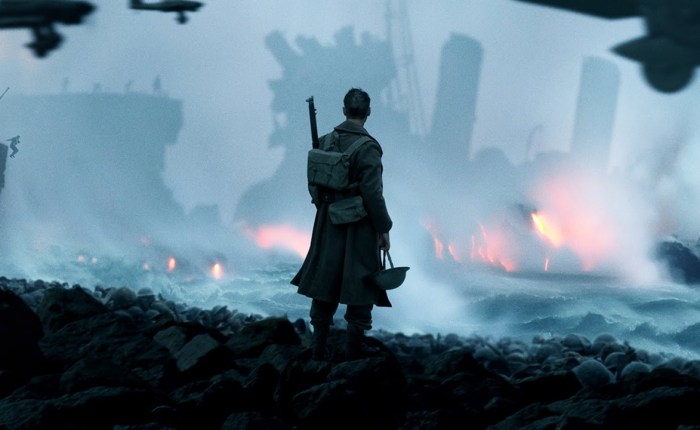 Do you remember the docking sequence from Interstellar?  Well, this movie is like that all the way through.

This film is easily the best film I’ve seen this year and it’s not a traditional film.  It’s weird to say that since the movie looks like your typical war movie in the vein of Saving Private Ryan or Hacksaw Ridge.  It is anything but a typical war movie.  Why?  Well, it’s all in the editing.

When I say “it’s all in the editing,” I mean it’s all in the editing.  The story is told nonlinearly and is given the impression that the events are happening all at the same time, linked together through similar emotions or events.  At certain points, you can start to see where they events link up in terms of time.  In fact, in one story, you can actually see what’s going to happen at the end of another story.

It sounds confusing but it really isn’t, because most of the time, you’re not paying attention to how the stories link up, you’re paying attention to the action.  Not just the action of warfare but the decisions that characters make.  This film is incredibly silent with barely any dialogue among the main cast unless it’s necessary.  This film is primarily visual.  You don’t need to hear the cast talk about their plans, you just watch as they carry them out, fighting against the ticking clock (and I’m serious, there is the sound a ticking clock ticking throughout the entirety of the film.  Literally.  No joke.  If you listen, you can hear that maddening ticking sound, telling the characters that they are running out of time).

I always love Christopher Nolan films because he always challenges you to think about what you’re seeing.  You’re not just a passive observer, you’re supposed to be thinking as you view the film.  You’re supposed to participate.  Dunkirk is probably his most challenging film because unlike Inception, he doesn’t explain everything that’s going on three times.  In Dunkirk, you know what’s happening because you’re thinking about it and you’re seeing it happen in front of you.  You feel the emotions that are linked across space and time.  Dunkirk is purely and simply a true viewing experience.

I was lucky enough to view an advanced screening of this movie with my friend Mason from Reel Dude Reviews.  So thanks to him for letting me see this mind boggling movie.

Set in Berlin before the fall of the Berlin Wall during the Cold War, Atomic Blonde is a movie about Charlize Theron kicking butt with anything and everything she can get her hands on.  Also there’s spy stuff.

This movie is pretty much all action all the time, which is both a gift and a curse.  It’s a good thing because the action is amazingly choreographed and sold by the actors very well.  They don’t try to hide the action by shaking the camera all over the place in the name of “making it more intense” (we all know you’re doing it because the actors are very good at action scenes).  The camera is steady at all times so you see every punch and feel every blow.

The bad part of it is that for the first half of the movie, Charlize Theron doesn’t really do much.  It sounds weird but hear me out.  An action film should have a plot that forces the character to always move the plot forward.  Speed is a perfect example of this.  There’s a bomb on a bus and if the bus slows down, it explodes.  This forces Keanu Reeves to continually be on the move and to keep moving forward if he wants to save the people on the bus.

In Atomic Blonde, however, Charlize Theron just kind of meanders from set piece to set piece while trying to do her job.  And sure, the plot is the kind which forces her to try and move the plot forward, but I never felt like she was.  For the first half hour or so, she’s just going around the city and then people try and beat her up and then she beats them up in awesome ways.

I can’t fault the movie too harshly for this because I get the sense that I was missing key aspects of the film.  It’s also a spy thriller and a good spy thriller leaves things hidden for the viewer in plain sight for you to catch in the next viewing.  On the other hand, I feel like I shouldn’t worry to much about the intricacies of the plot because I found that the more I thought about what was going on, the more plot holes there were.

Atomic Blonde is an action film with style and its own identity.  A mixture of hardcore action, spray paint and 80s pop music give it it’s own distinct flair that makes it stand out as one of the most unique action films of the year (though I am noticing that after Guardians of the Galaxy, people have started adding 80s music to action films to spice it up).  So, it’s an enjoyable action movie acted wonderfully by Charlize Theron and James McAvoy with ridiculously delicious action scenes. 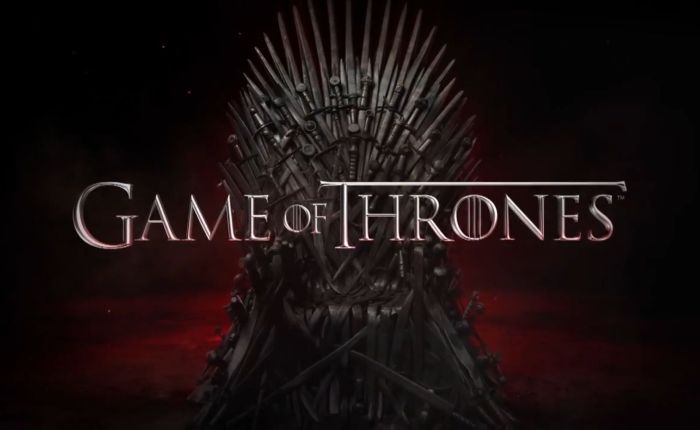 Editor of Reel Dude Reviews Mason Manuel and the awesome Tim are back to discuss the highly anticipated 7th season premiere of Game of Thrones, “Dragonstone”.

Spider-Man is back on the big screen and…well, it’s pretty much what you would expect.

Tom Holland is a fantastic Spider-Man and a different take on the character.  Eager yet untested, he is able to do amazing things yet is growing bored of his life after getting a taste of the Avengers back during Captain America: Civil War.  This serves as a good motivating factor as he tries to take down the Vulture, who may be too over his head.

The Vulture, on the other hand, starts off with a pretty good motivation that sees yet another consequence of the Avenger’s actions (in fact, I believe Phase 3 is all about consequences for the Avenger’s actions).  Though for the majority of the movie, I got the sense that he was pretty much just the same old forgettable Marvel villain.  There’s this aspect of his character that he’s doing this all for his family but at the same time lives for the thrill of the heist that might be getting the better of him, but it doesn’t really amount to anything and it’s never brought up.  There’s nothing really new about his character, which is a shame because Michael Keaton is always enjoyable and I loved the design of the Vulture.

Which is fine but I’m always expecting more in my movies.  Maybe this sets a high standard that no movie can reach but it’s something that I can’t really help.  Maybe if the movie instead tried to form a parallel arc between Spider-Man and the Vulture about how they both want something bigger and better with their lives but aren’t prepared for the consequences of it when it blows back into their face but there is no connection.  Spider-Man is stopping the Vulture because stealing is wrong.

The side characters are likable but all mainly serve Peter Parker’s story.  They have no stories of their own.  They’re only important when Parker has to deal with them.  Maybe if they had one of the characters say this to his face then I would have liked the movie more.

As it stands, the movie is decent.  Serviceable.  It does what it sets out to do, nothing more, nothing less.  And I enjoyed it a lot more than I probably sound.  It was refreshing to see a movie in the MCU that didn’t deal with Avengers level stuff, but more ground level things.  It was fun, lighthearted, funny and exciting at times, but it just didn’t wow me like I wish it had.  It simply met my expectations.

So I know this movie came out in 2016 but I saw it a few days ago for the first time.  Since I want to give my opinion of it, I don’t see why I shouldn’t write a review.  I’d probably write a review of Sanjuro when I watch it for the first time and that movie came out in 1962.  Basically, just because the movie isn’t recent doesn’t mean that I shouldn’t be allowed to write my thoughts about it.  That’s my excuse and I’m sticking to it.

So what exactly do I have to say about a film set in a world where babies aren’t born the natural way, they are delivered by storks.  And now, those storks have decided to instead deliver packages.  Which I assume means no babies have been born for the past…years?

Honestly, this is a movie where you can’t use logic to understand it.  In fact, I would say that using logic on this movie would be a big disservice to it.  It’s not that kind of a movie.  What it is is a film where the creators try to cram as much humor into each scene as possible, regardless of whether or not it made sense.  And honestly, that’s probably why I ended up enjoying myself.

A lot of this movie isn’t perfect.  It feels more like this movie goes from scene to scene, checking off boxes to make sure that they have every piece of a typical animated movie.  Two main characters who want nothing to do with each other but bond over shared experience?  Check.  Secret bad guy?  Check.  Two main characters separate because of a secret?  Check.  All the way down the list, even to the point where it doesn’t make sense and character motivations suffer.

Still, despite all of that, I still laughed at the sheer ridiculousness of it all.  And in the end, I suppose that’s all this movie is trying to do.  Would I recommend it?  Only if it’s the last thing you possibly have to watch.