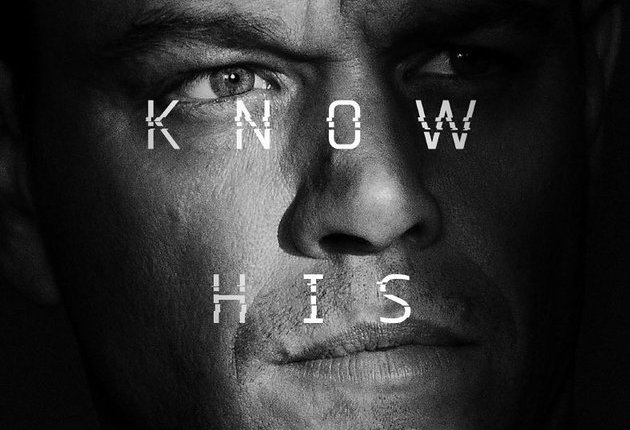 The fifth film in the Bourne film series, Jason Bourne is a direct sequel to The Bourne Ultimatum, completely skipping over The Bourne Legacy (a fact that I am quite thankful for).  It follows the story of the titular black ops agent Jason Bourne as he uncovers yet more information of his past as he tries to come to terms with who he is and the things he has done.

I’ve always enjoyed the Bourne films.  The plot of each film was always engaging, with each moment having me on the edge of my seat wondering what was going to happen next.  So I was saddened to see the latest Jason Bourne film and just not care about anything that was happening.

Don’t get me wrong.  The filmmaking is impeccable.  Paul Greengrass and Matt Damon have never been better in their fourth collaboration with each other.  Paul Greengrass has always been a unique director in Hollywood because of how documentary-like his films are.  It did always make watching the action sequences a challenge because of how shaky the cameras were.  Just a wee bit of motion sickness to go along with your action packed movie.  No biggie.

The other stand-out performance in the movie is Alicia Vikander, who plays the head of the CIA Cyber Ops division.  As the movie kept going, I took a shine to her and her indomitable will to advance her career no matter what.  Indeed, her character was the only one that I actually found interesting and wanted to see what happened next in her arc.

Having said that, not even Paul Greengrass’ directing and editing style, Matt Damon’s action role and Alicia Vikander’s badassness can hide the fact this movie is completely pointless.  I don’t mean pointless as in “just another dumb action movie” pointless.  I mean “there was no reason for this movie to be made” pointless.

As I watched the movie, I just didn’t feel as invested in the movie as I had in previous films.  Everything about it just felt like a paint by numbers piece.  Government conspiracy? Check.  A reason for Jason Bourne to return to the States? Check.  An action-packed sequence with Matt Damon fighting another operative? Check.  Jason Bourne getting away from his pursuers in a crowd of people?  Check.

None of the new revelations in the film seemed to add anything.  As I watched each new piece of information being revealed about Jason Bourne’s life, I found myself thinking back to how I reacted to the revelation of how the White Walkers were created in Game of Thrones.  I realized that I had the exact same reaction: I didn’t need to know any of that.  None of that changed how I feel about the character or the wider story told in the series.  It’s just another reason to get the movie going.  The film even tries to add in some Post-9/11 themes of “safety vs. privacy” just to make it interesting.  Suffice it to say, it was not subtle about it and it came and went without even a backward glance.

That’s what it boils down to in the end.  The film is trying desperately to justify another film but in the end, the reasons just aren’t worth it, and the film suffers because of it.  In the end, I was watching this Jason Bourne movie and I was absolutely bored.  Even Tommy Lee Jones seemed bored with the film, though that could just be his acting style.

I feel that the Jason Bourne series is done.  His journey was complete at the end of The Bourne Ultimatum.  I look back on The Bourne Legacy and think to myself “at least that movie was doing something different, even if it didn’t follow through with it.”  If you’re looking for a Matt Damon action movie, then you could do a lot worse.  If you’re looking for a substantial, meaningful and worthy addition to the Bourne series, then you should just rewatch the original trilogy and forget this one exists.